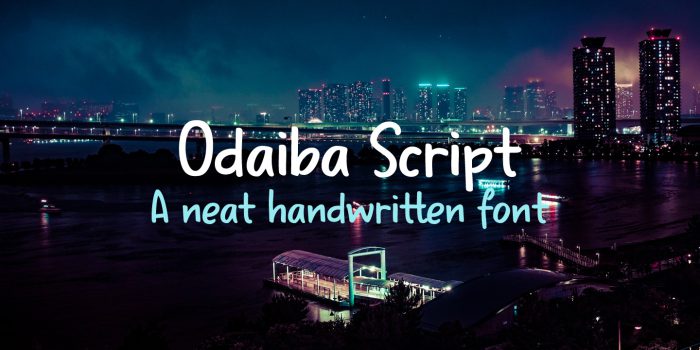 I have been to Japan many times, but I have to admit that I have not (yet) been to Odaiba, so this font is a reminder that I should go there one day.

Odaiba is a large artificial Island in the bay of Tokyo. It is a popular shopping and sightseeing destination and its sights include a copy of the Statue of Liberty and a mega-sized Gundam Robot.

Odaiba Script is a handwritten font. I used a Sharpie pen on paper, so it is nice and thick. Comes with double letter ligatures and all diacritics.